With opal and tourmaline, in October, beauty and mystery meet a rain of colors 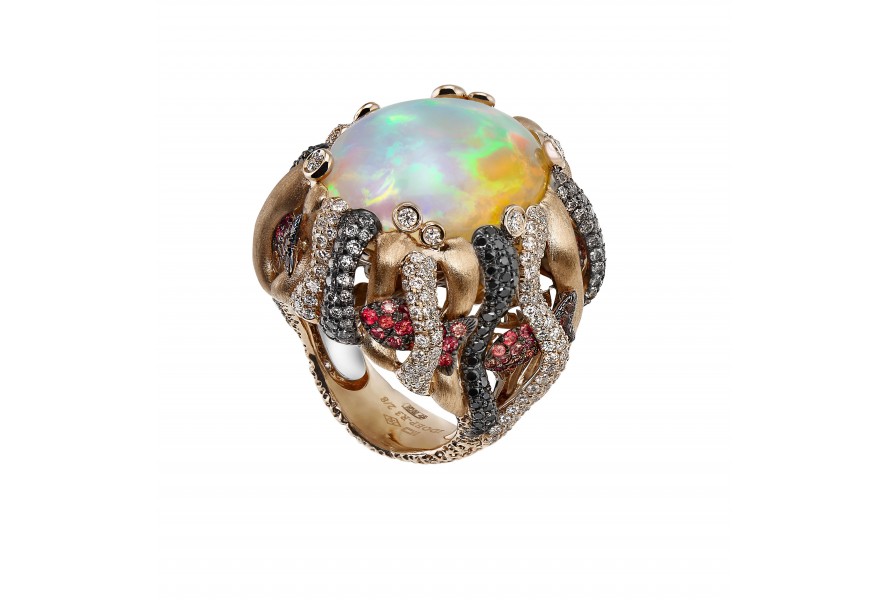 A contradictory stone full of mystery. Symbol, on the one hand, of wisdom, beauty and power, considered for centuries, however, the bearer of misfortune for those who wore it. We are talking about the opal, protagonist of the month of October. For the ancient Romans it contained, in fact, the energy of fire, the fecundity of the earth, the love of water and the sociability of the air and was able to cure from diseases. For the Greeks it was an instrument of power and gave the gift of foresight. Over the years, the stone has tinted with dark and enigmatic nuances, because it is a symbol of occult magic. According to a legend, Napoleon himself had given his wife Giuseppina a beautiful opal, but the gem would have disappeared when Bonaparte was sent into exile, disintegrating into the air. It is during the Belle Époque that the opal takes on a particular meaning in jewelry. The intellectuals and artists of the current Decadentist, rejecting everything that had to do with tradition, elect the representative gem of a creative moment in search of new shapes, lights and colors.

But October is also the month of another special stone: the tourmaline. It is a gem with multiple colors that knows over a hundred different shades. Its name derives from the cingalese word turmali, which means precisely "rich stone of colors". Some call it gem chameleon because of the variety of colors it can take. According to the crystal therapy is one of the most powerful stones to work with as it is considered a catalyst of positive energy: through its influence our energy centers would be stimulated and purified. This gem is the national stone of the United States, where it was extracted for centuries even if today the primacy is of Brazil.

Opal and tourmaline: come and discover their history, admire their details and choose your composition at Boite d'Or or take a look on our online shop.