The black diamond: rare and of personality like those of Capricorn 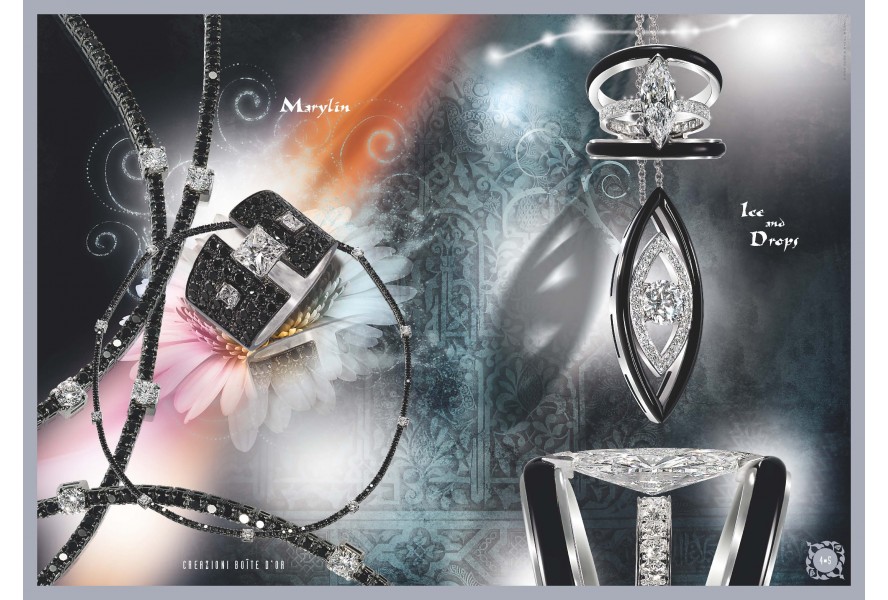 Rare, mysterious and inaccessible: it is the black diamond, the stone dedicated by Boite d'Or to the natives of Capricorn. According to various legends he is able to absorb negativity, regenerating the nervous system and helping to stay focused on the commitments. And it suits the people who celebrate the birthday in this period: reliable, great workers, traditionalists and tenacious.

The use of black diamonds in jewelry dates back to the early twentieth century: the most "ancient" of which we have news is the "Black Orlov", a cushion cut of 67.50 carats, so called by its owner, the Russian princess Nadia Vyegin-Orlov.

The Black Star of Africa is, instead, a magnificent black diamond that is said to have disappeared during an exhibition in Tokyo in 1971. The mystery, however, also concerns its origin. The latest studies seem to have excluded training on Earth, preferring the hypothesis that its composition derives from particular conditions created during the explosion of a supernova. The black diamonds would have thus arrived from space, fallen together with meteorites.

In jewelry it is usually inserted into the titanium rings, pointing to the contrast between the metal and the dark stone, which stands out the intensity of the diamond. For engagement rings and women's rings, instead, it is preferred to accompany it with white diamonds. For this type of stone, simple cuts are usually preferred.

Come and discover its characteristics at our shops in Cuneo and Alba or on our ecommerce: www.shop.boitedor.com.